Excited! We’ve been a fan of DJ Yoda from the UK for years now.

I remember dude left me one of my first mixtape drops on VIP Love many years ago.

Finally got him for Fresh Produce because homeboy’s routing from gigs at SXSW.

Yeah – so we have DJ Format rollin through Fresh Produce this weekend. 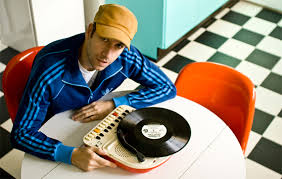 I’m really looking forward to this one – I think DJ Format is often overlooked by most stateside hiphop heads – as are most UK hiphop djs.  Regardless – he’s a true school dj that should get the respect of the US audience.  His sets are dope and span many genres and he should fit in lovely with what typically goes down at Fresh Produce.  To get amped – take a listen to his Fabric mix – which happens to be one of the most popular of the entire series:

On a personal note – I gotta give props to format for all of his work with MC Abdominal from T-DOT.  When we were throwing the Babysteps events in Buffalo – Abs came through many times.  Both he and frequent Format collaborator D-Sisive are two of the best emcees I’ve ever heard.  True to his name – Abs had probably the craziest breath control of any emcee – ever.   That gets me thinking – maybe we should have Abs and DJ Fase out to Boston for Fresh P?

Check out Word Is Bond’s interview with DJ Format. The interview covers DJ Format’s record collection, feelings on new technology, and his inspiration when creating music.

You can see DJ Format live at this month’s Fresh Produce, along with DJ Knife and DJ Tommee on Saturday, Feb 23rd at the Good Life Bar.

Click on the flier below to peep the PVRPLE XMVS video!

So here’s a little video our friend Todd made for the Fresh Produce party we threw in Austin during SXSW this year. Check it out!!

Fresh Produce is back with the 2011 World DMC Champion DJ Vajra!

Vajra’s been smashing it lately, having racked up several Red Bull 3Style victories and an appearance on the recently released Super 7 mixtape series.

Now he joins us for DJ Tommee and DJ Knife’s signature party.

Fresh Produce combines forces each month with Undergroundhiphop.com, Frank 151 magazine and super blog Jumptheturnstyle.com,  inviting DJs and producers from across the country.

The music is a mixture of new and old hip hop, reggae and party jams, with plenty of turntablism-style scratching, beat juggling and near flawless mixing.

DJs 7L, Knife & Jay K are super excited to announce the kick off of our latest endeavour: The Low Down !!!

Simply put, our goal is to have fun in a beautiful new space and invite our friends to do the same.

What you’ll experience: a laid back atmosphere, good people and stiff drinks. Come as you are. No dress code and the cover’s a mere $5

So come join us on May 19 to celebrate our new home!

Naga is located in the back of Moska Restaurant to the left of Veggie Galaxy on Mass Ave in Central, just feet away from the Middle East.

Thanks Boston! The RJD2 show was great and we appreciate all the love! More footage soon to come!